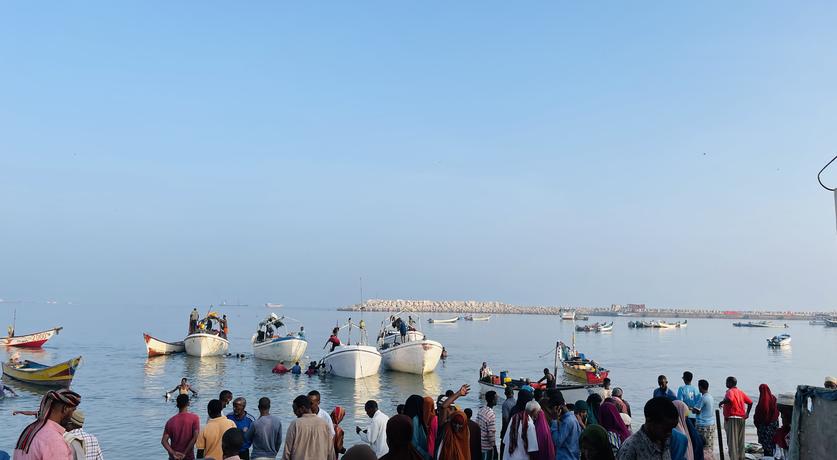 Somali waters have high fisheries production potential, but the sustainability of those fisheries is compromised by the presence of foreign fishing vessels, many of them fishing illegally. The Somali domestic fishing sector is small and relatively nascent, but foreign vessels have fished in Somali waters for at least seven decades. Some foreign vessels and their crew have been a direct, physical threat to Somali artisanal fishers. Many foreign vessels directly compete for fish, reducing fish populations and destroying marine habitats through bottom trawling.

In this paper, we reconstruct foreign catch in Somali waters from 1981–2014 and classify the health of seventeen commercial fish stocks. Foreign fishing has increased more than twenty-fold since 1981, and the most rapid increase occurred during the 1990s after the collapse of the Federal government and ensuing civil war. We estimate foreign fishing vessels caught 92,500 mt of fish in 2014, almost twice that caught by the Somali domestic fleet.

Significant levels of foreign fishing combined with inconsistent governance mean Somalis are not fully benefiting from the exploitation of their marine resources at a local or national level, leading to insecurity at both scales.

Documentary Behind the Scenes
Capturing and sharing the impacts of OEF’s work in Somalia, enabling the fisheries sector in the Somali coastal region to grow and prosper.
Image