The tiny silver dagaa is now the most caught fish in Lake Victoria. Our Sarah Glaser traveled around Lake Victoria to learn more about this little fish with a big profile.

Lake Victoria is home to two famous fishes. The Nile perch was illicitly introduced in the 1980s—rumor has it a bucket of the fish was dumped secretly into the waters in Uganda—and has since become one of the major export earners for Uganda, Kenya, and Tanzania. This giant fish played a prominent role in a controversial French documentary (Darwin’s Nightmare) that alleged fish were leaving Tanzania on airplanes that brought guns into East Africa. Nile tilapia, also introduced to the lake, is farmed around the world and is well-known to diners from Applebee’s to fine dining establishments. 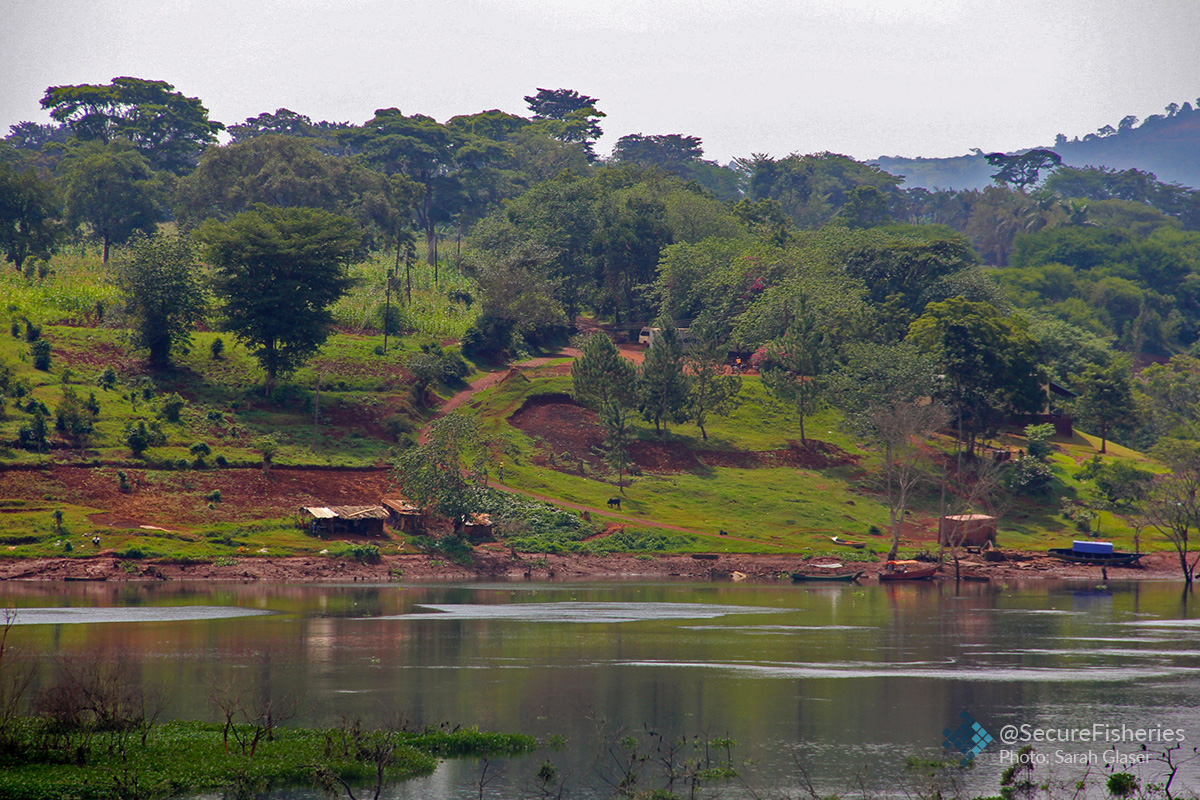 Lake Victoria, the birthplace of the River Nile, provides its inhabitants with food, water for bathing and irrigation, and plants for weaving. The world’s second largest lake connects the East African nations of Uganda, Kenya, and Tanzania in commerce, travel, and resource management. These lush shores of Jinja, Uganda, support agriculture and fishing. 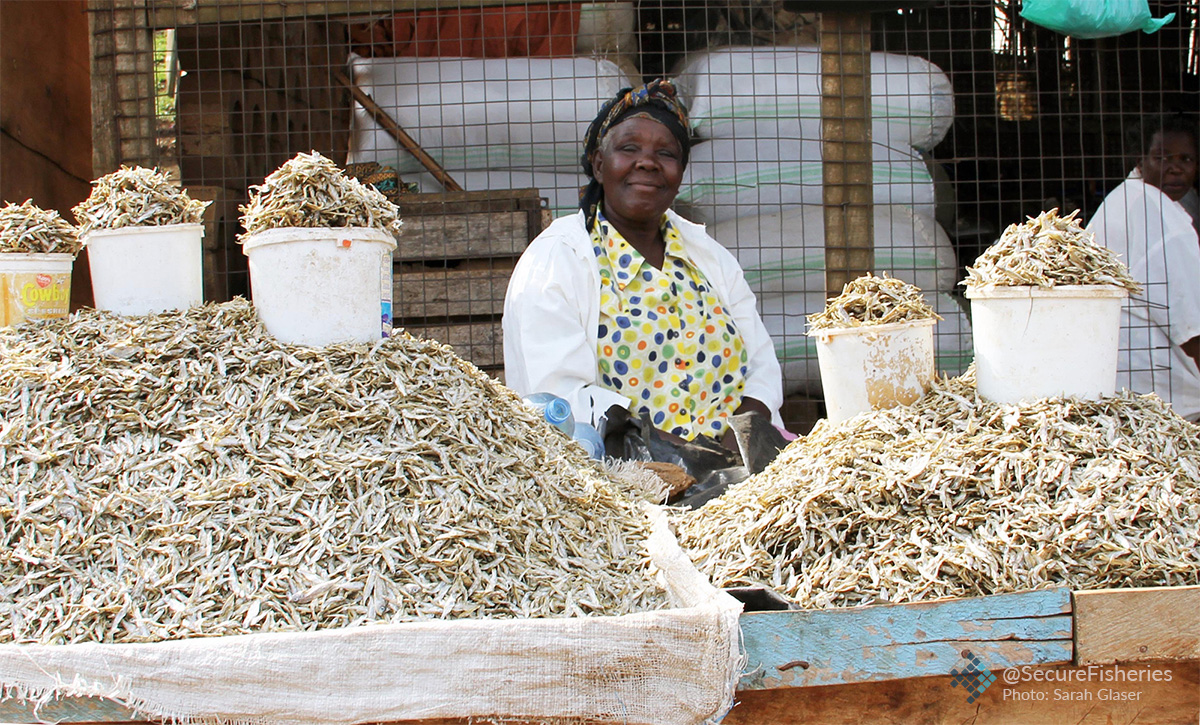 The tiny silver fish—known as dagaa in Tanzania, omena in Kenya, and mukene in Uganda—produces more catch than any other fish in the lake. It is high in omega-3, easy to catch, and important to traditional fishing. Here, a fish monger sells buckets of dagaa at the Masese market in Uganda. 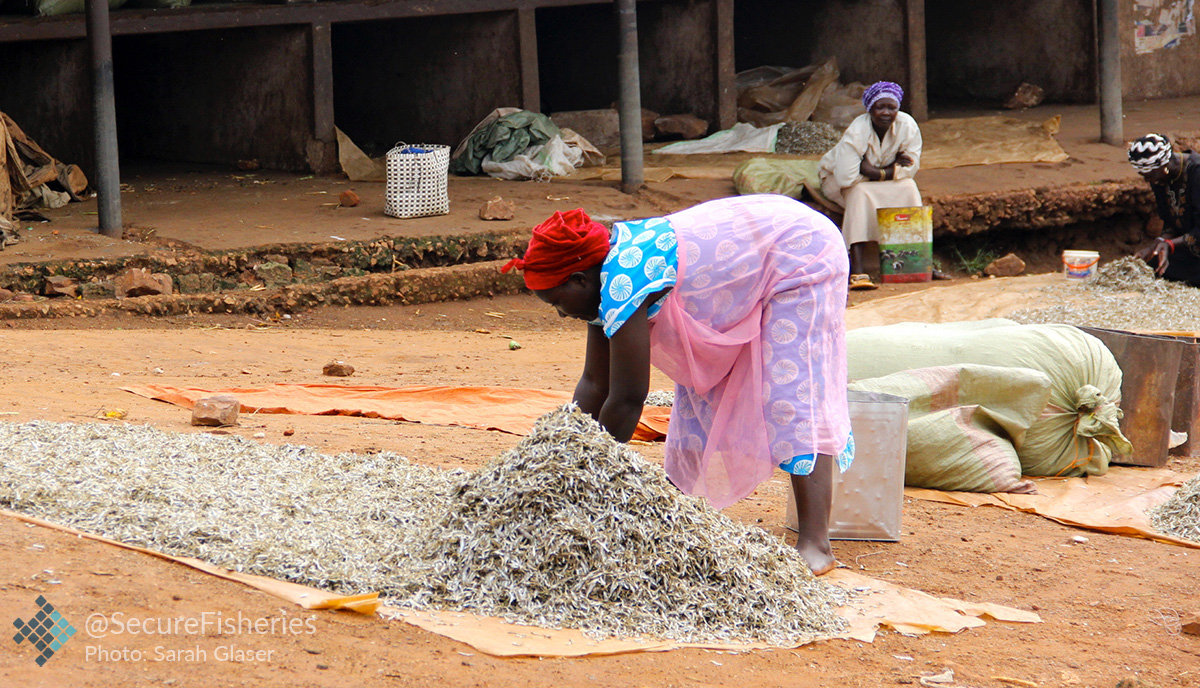 Dagaa is especially important to women’s livelihoods. Women make up the majority of processors who dry, pack, and trade dagaa. Bags filled with dagaa will travel from this landing site, Kiyindi, to cities throughout Uganda and even to the Democratic Republic of Congo and Burundi. 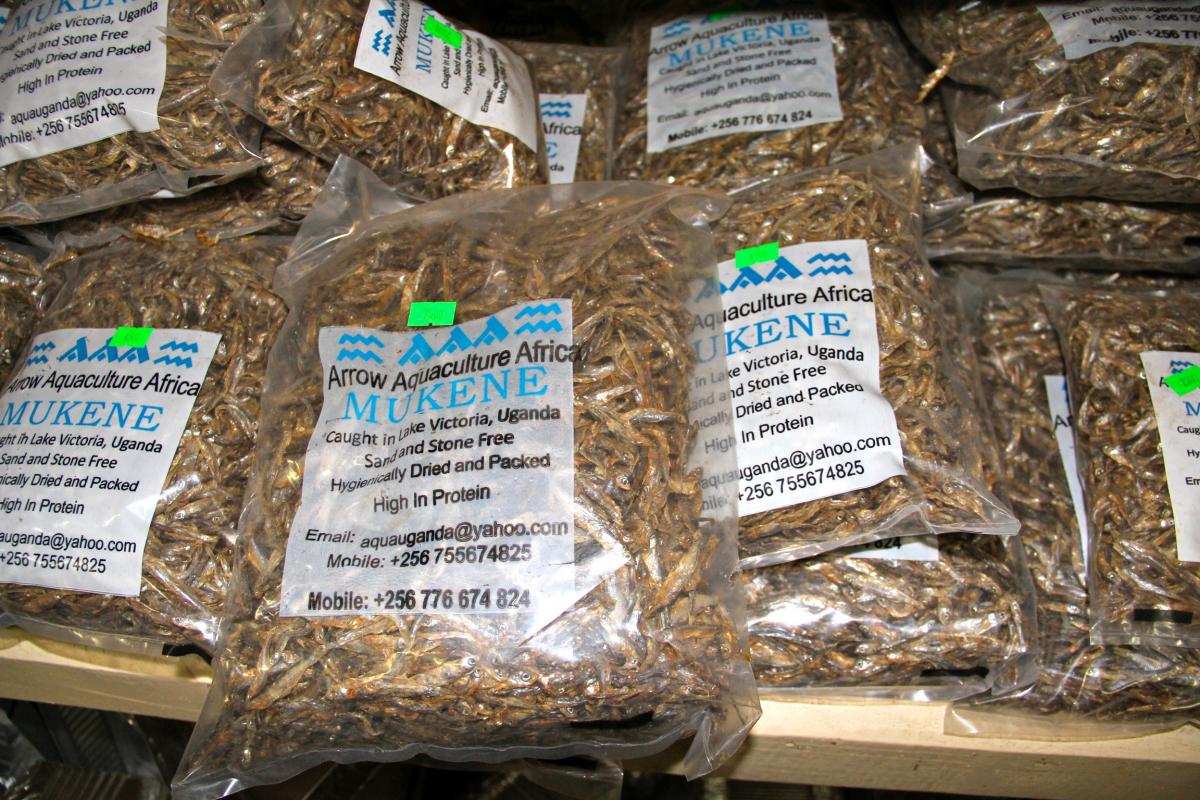 Dagaa is sold at commercial scale to make fishmeal and animal feed, but it is also an important part of the local diet. Recent advances in drying technology—raising the nets off the ground—have improved product quality. Packaging dagaa to sell in the market is a relatively new innovation that adds value to the product. 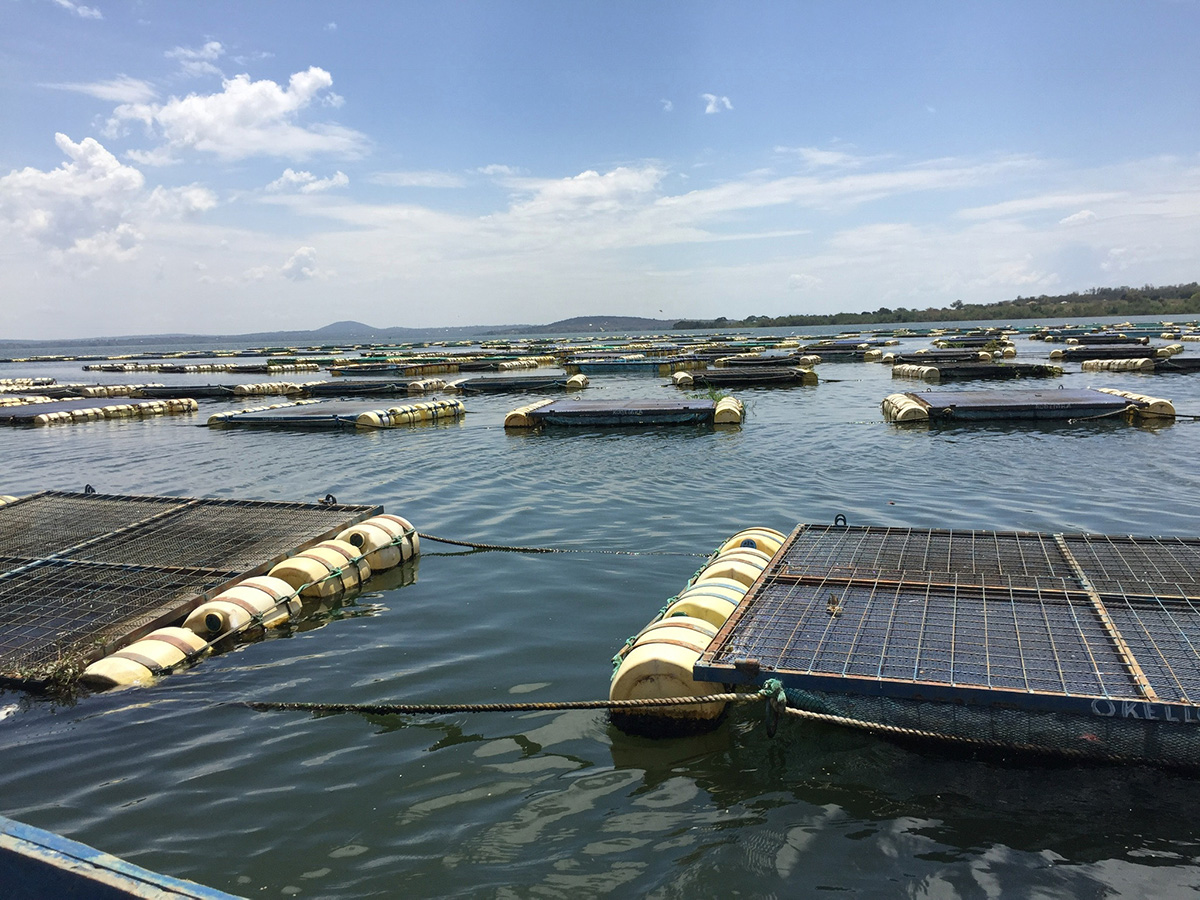 But changes in the lake may threaten the future of this fish. Cage aquaculture has expanded rapidly in Lake Victoria during the past 10 years. Over 100 cages near Bondo, Kenya, house valuable Nile tilapia, but their placement in sensitive areas may disrupt the breeding of dagaa. Dagaa are also harvested to produce fishmeal to feed these farms, and that risks overfishing. 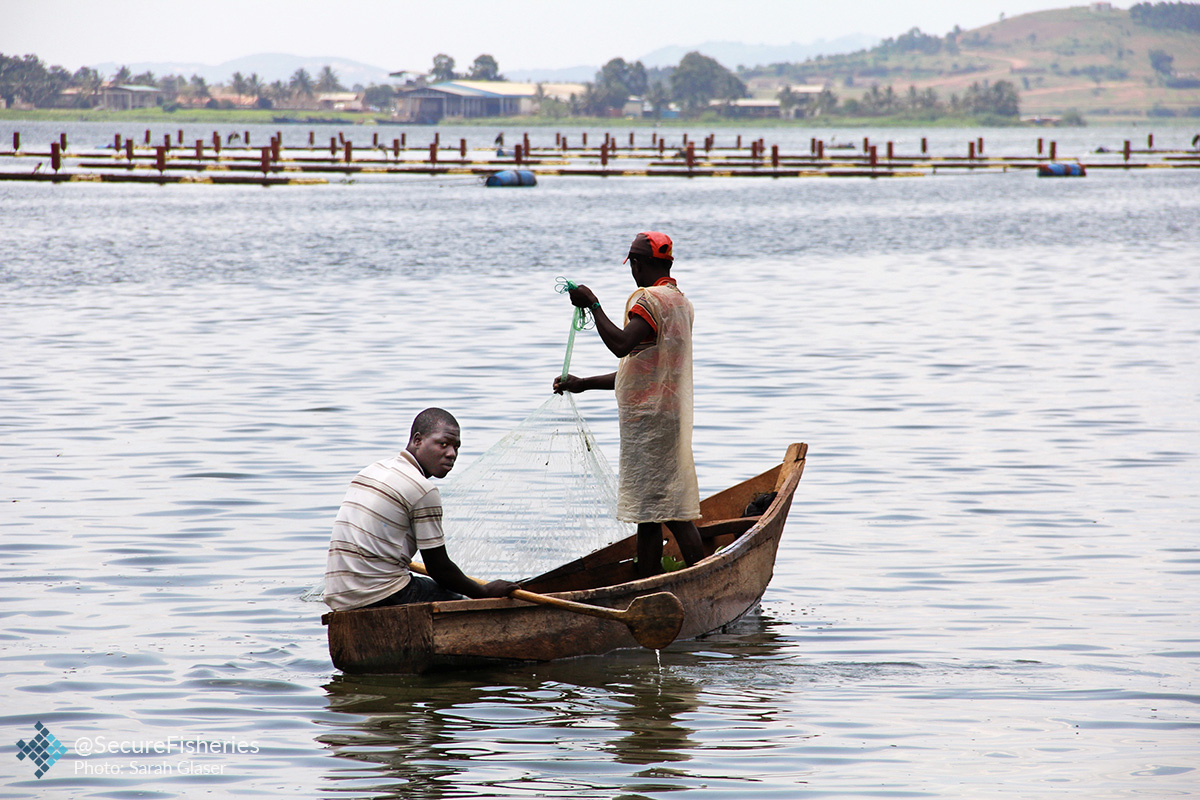 Competition between wild-capture fishing and cage aquaculture is threatening to turn into conflict. Fishers are accused of stealing fish from cages, while fish farmers are accused of blocking access to the best fishing grounds. Caught in the middle is the tiny dagaa, a fish sought after by both capture fisheries as a commodity and fish farmers as a feed source for their operations. 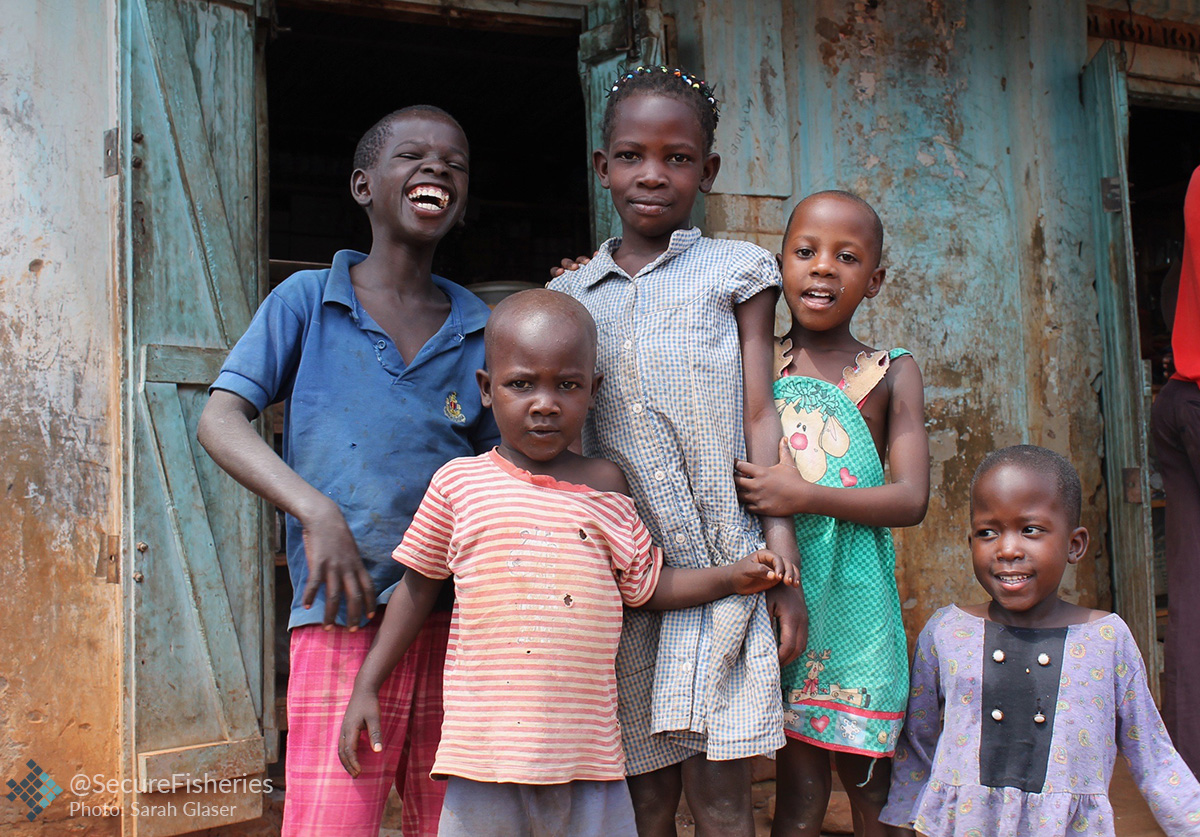 What is the future of this tiny fish? With proper management of cage aquaculture and prioritization of the health and well-being of fishing communities around Lake Victoria, dagaa can continue to be a critical provider of nutrition for decades to come.