Across one continent, two similar countries—Mauritania and Somalia—have diverged in their fisheries development. The Somali region may be positioned to follow in the footsteps of Mauritania, a country that has received a great deal of revenue through fisheries agreements. But will that help or hurt Somalis? Before they accept the cash, it will be useful to consider what Mauritanians have sacrificed in the process.

Mauritania shares many similarities with Somalia, from climate to culture and GDP. The countries also both harbor some of the world’s most productive fishing grounds. Dry, arid climates dominate the two countries, while their marine environments support species such as tuna and lobster. Neither population traditionally consumes fish, but due to changing norms and higher meat prices, domestic demand is growing.

In spite of these similarities, the countries’ development paths diverged at the outset of the Somali Civil War in 1991. While the internal conflict stalled Somali fisheries development, Mauritania grew its fishing sector by creating fisheries agreements with a number of parties, including Morocco, Algeria, Russia, Japan, and the European Union.

Over 25 years later, the Somali conflict is largely over, but new problems exist in its wake. The relatively new Federal Government of Somalia (FGS) is now tasked with reconstructing the country, grappling with high poverty, unemployment, and malnourishment. Somali fisheries offer a new and exciting solution. Fisheries development has the potential to create numerous jobs, boost the economy, and provide food security. But it should be done deliberately — a concerted effort that benefits from observing how similar countries like Mauritania have developed their fisheries, for better or worse.

Fisheries agreements assert that foreign country X may take a certain tonnage of fish from the waters of country Y in exchange for money. Such agreements are an important source of revenue for Mauritania. However, critics argue these agreements come at the expense of domestic fisheries development, sacrificing the potential employment of thousands of Mauritanians. Ultimately, Mauritania may actually be losing out on the potential economic benefits of its rich fisheries.

This raises the question of whether these agreements would help Somalis. As the FGS begins concentrating on the fisheries sector, it is imperative to consider the needs of its people. This means finding a path that is remunerative without sacrificing the employment opportunities of Somalis. 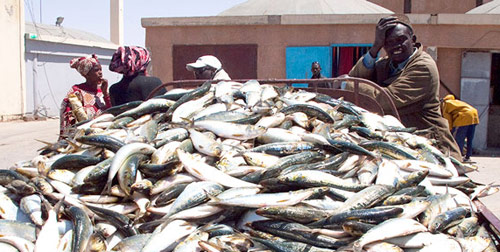 Not only are fishers affected by these agreements, but post-harvest jobs are also sacrificed. After industrial vessels have made their catches, the fish are taken to other ports rather than being landed in Mauritania. Foreign fishers in Mauritania’s waters claim this is due to Mauritania’s underdeveloped ports, which do not have the capacity to support many vessels. Somali ports also lack port infrastructure, a major obstacle to attracting vessels to land their catch in the country.

Catches are processed in-country even less frequently. Like Mauritania, Somali ports lack processing facilities, so the value-add from canning tuna, for example, never reaches them. In fact, Somalis import much of their canned tuna, but prices are so high that few can actually afford it. If fish were to be processed in Mauritania and Somalia, both countries would see spikes in job creation and the potential introduction of a more affordable source of protein.

Furthermore, female employment may be disproportionately affected by fisheries agreements. While fishers are primarily men, over 90 percent of post-harvest fisheries work is executed by women worldwide. In Somalia, women are often fish traders — reselling landed catch for Somali consumption. In countries with processing facilities, a majority of the employees are often women. Considering Somalia’s exceptionally high rate of female unemployment (75 percent), it will also be important to focus on the impact of fisheries agreements on female employment in its fisheries development. 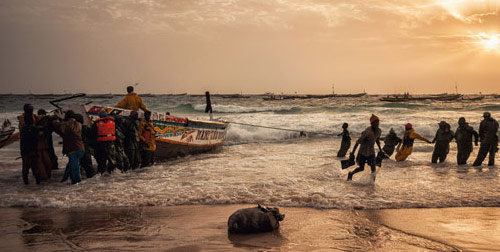 There is some sentiment that Mauritania’s fisheries agreements may be improving. The President of the CAOPA (African Confederation of Artisanal Fisheries Professional Organizations) in Mauritania described the most recent EU-Mauritania fisheries partnership agreement as Mauritania’s first win-win agreement. He claims the agreement finally incorporates the interests of artisanal fishers. For example, it prohibits the fishing of octopus by EU vessels, reserving octopus for Mauritanian artisanal fishers. The agreement also requires the EU to increase domestic, in-country landings of pelagic catch to two-percent.

Mauritania and Poly Hon Done Pelagic, a Chinese company, also recently established a fisheries agreement. The agreement includes a provision for the creation of a processing and manufacturing center in Mauritania. However, many NGOs and journalists argue that even if this provision is implemented, the agreement is not in Mauritania’s favor because it ultimately takes more jobs from Mauritanians in traditional fishing and overexploits its waters.

Somalia will be faced with many difficult decisions in developing its fisheries. It will benefit Somalis to take lessons from other countries’ experience, such as Mauritania, and consider the long-term impacts of developing fisheries in conjunction with foreign fleets. The cash benefit from foreign fisheries agreements is of course attractive: it provides immediate income to struggling economies. But these agreements must be assessed critically, ensuring they do not threaten sustainability, food security or Somali employment.